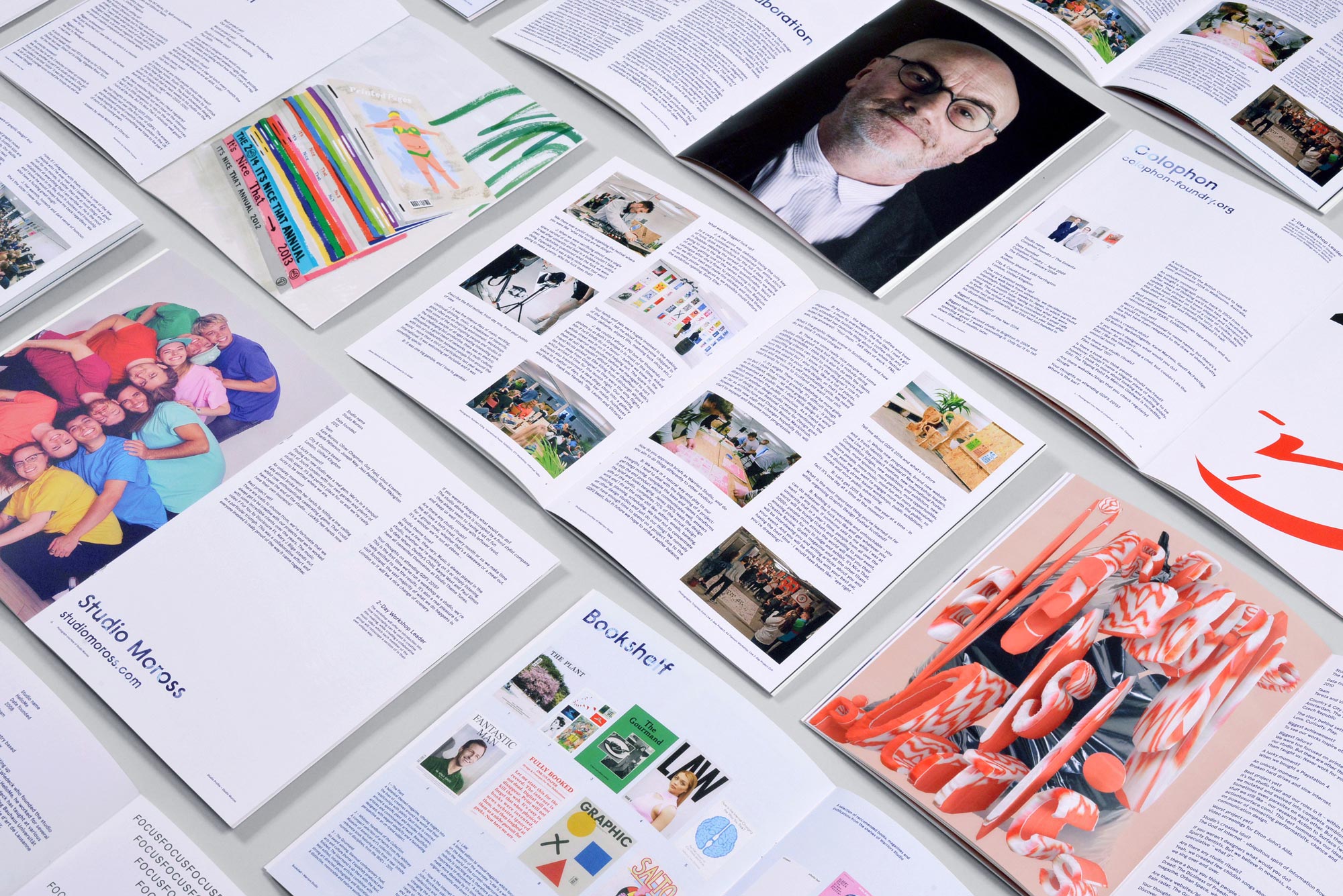 We were given full control over the content, editing and design of the publication, with Mohawk taking full control of production and distribution. The book was printed at Mohawk's Innovation Centre in Albany, New York in a limited run of 1000 on Mohawk Superfine Eggshell Digital with i-Tone, Ultrawhite 148gsm – cover 324gsm.

We commissioned a selection of internationally acclaimed designers and creative studios, participating in GDFS 2015, to create a piece of artwork to be published alongside short informal interviews. Unit editions founder, designer and writer Adrian Shaughnessy contributed an essay titled, "The Joys and Necessity of Collaboration" and we speak to Liv Siddall about the launch of our first festival, working together and the design scene in Scotland before revealing some recent favourites from our bookshelf. We also included a full index of all of the inspiring people involved with GDFS 2015.